It is associated with anti-SSA or SSA positivity and/or significant infiltrate at minor salivary gland biopsy.

Besides the typical glandular symptoms, other systemic symptoms, denoted as extraglandular manifestations (EGMs), can also be found in a subset of patients contributing to the morbidity of the disease

This autoimmune disease is relatively frequent, more prevalent in women with a clinical diagnosis among postmenopausal women after the 5 decade. Its physiopathology is complex and associated with the intervention of environmental, genetic and epigenetic factors.

Salivary epithelial cell is at the center of the pathological immune response of primary Sjögren’s syndrome, characterized by a chronic B cell polyclonal activation potentially leading to the development of B cell lymphoma [1].

Patients with pSS, overall, did not have higher risk of cancer, and only patients aged 25-44 years were at an increased risk of cancer compared with their counterparts in the general population. Cancer screening for patients with pSS, especially female patients, should focus on non-Hodgkin’s lymphoma (NHL) and multiple myeloma and thyroid gland cancer [3].

Autonomic symptoms are common among patients with PSS and may contribute to the overall burden of symptoms and link with systemic disease activity [4].

The clinical picture of SS ranges from exocrinopathy to systemic disease affecting the lung, kidney, liver, skin, musculockeletal and nervous systems. The morbidity of SS is mainly determined by extraglandular disease and increased prevalence of lymphoma.

Environmental and hormonal factors, such as vitamin-D may play a role in the pathogenic process and disease expression [5].

Vitamin D3 is considered as an immunoregulator and has led to the concept of a dual function as both as an important secosteroid hormone for the regulation of body calcium homeostasis and as an essential organic compound that has been shown to have a crucial effect on the immune responses. Altered levels of vitamin D3 have been associated, by recent observational studies, with a higher susceptibility of immune-mediated disorders and inflammatory diseases [6].

25-(OH)D3 concentrations were diminished, but those of 1 alpha,25-(OH)2D3 were normal. There was no significant difference between the distribution of Gc phenotypes in the patients with primary Sjögren’s syndrome and normal controls. Likewise, blood concentrations of Gc globulin corresponded to normal values.

They correlated vitamin-D levels and clinical and serological manifestations of SS.

In this study it is demonstrated that low levels of vitamin-D are correlated with the presence of peripheral neuropathy and lymphoma among SS patients. The link between vitamin-D and neuropathy or lymphoma has been reported also in other conditions, and may support a role for vitamin-D in the pathogenesis of these processes. Plausible beneficial effect for vitamin-D supplementation may thus be suggested [5].

In case of deficiency or insufficiency of vitamin D3 the dose provided of D3 Gelin drops is 4000-5000 IU daily for 2 months and the dose is readjusted according to the levels of 25 hydroxyvitamin D3. The ideal levels in patients with lymphoma are the 50-70ng/ml. 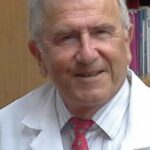