chemoprophylactic and antimetastatic activity in vitro and in vivo, as well as chemo- and radiosensitization properties through several mechanisms: promoting apoptosis, inhibiting survival signals, scavenging reactive oxidative species (ROS), and reducing the inflammatory cancer microenvironment [1]. Curcumin significantly inhibits cancer cell migration, invasion, and colony formation in vitro and reduces tumor growth and liver metastasis in vivo [2]. For this reason, curcumin is used adjuvantly to other classical or alternative antitumor treatments, in all major cancers.For example, curcumin  interferes with prostate cancer proliferation and metastasis development through the down-regulation of androgen receptor and epidermal growth factor receptor, but also through the induction of cell cycle arrest. It regulates the inflammatory response through the inhibition of pro-inflammatory mediators and the NF-κB signaling pathway [3].It is known also that curcumin sensitizes tumors to different chemotherapeutic agents [4].The safety profile of dietary curcumin in humans has been well-documented, and its therapeutic prospect in treating prostate cancer, especially for castration-resistant prostate cancer, has been evidenced in several cell culture systems and human xenograft mouse models [5].The critical disadvantage of curcumin as a drug candidate is its low bioavailability caused by poor water solubility and rapid in vivo metabolism.Curcumin fulfills the characteristics for an ideal chemopreventive agent with its low toxicity, affordability, and easy accessibility.Nevertheless, the clinical application of curcumin is currently compromised by its poor bioavailability, due to  its limited intestinal uptake and rapid metabolism. Novel aqueous formulation of curcumin  of higher bioavailability Various formulations of curcumin, including nanoparticles, liposomal encapsulation, emulsions, capsules, tablets, and powder, have been used until now. Curcumin micelles are a newly developed formulation of liquid micelles [NovaSOL®Curcumin] that account, until now, for the most  increased curcumin bioavailability and circulates  as food supplement named  Curcugkel. Micellization (the formation of micelles) has been demonstrated that  improves antitumor activity for curcumin because the curcumin micelles  are  completely water-dispersible (amphiphilic) and are able to  overcome  the problem of poor water solubility that limited the absorption, bioavailability, and efficacy of curcumin, in the past. In vitro cellular cultures demonstrated that the curcumin-loaded micelles were taken up mainly via endocytosis route and exhibited higher cytotoxicities toward model cancer cell lines (HeLa and EMT6) than free curcumin. An in vivo biodistribution study in mice revealed that the curcumin-loaded micelles displayed significantly enhanced accumulation inside the tumor of EMT6 breast tumor cells. It was impressive that  curcumin-loaded micelles demonstrated  stronger antitumor activity, higher anti-angiogenesis effects and induced apoptosis on the EMT6 breast tumor model bearing mice than free curcumin [6]. The curcumin-loaded micelles demonstrated no significant toxicity from any organ or tissue  in mice. Combined with a high antitumor activity and low toxic side-effects, the curcumin-loaded micelles appear to be a highly attractive nanomedicine for effective, targeted cancer therapy [6]. Schiborr C et al (2014) in Germany  developed novel curcumin formulations  [micronized curcumin  and micellar curcumin] with improved oral bioavailability and they studied their safety as well as potential sex differences [7].In this crossover study, healthy subjects (13 women, 10 men) took, in random order, a single oral dose of 500 mg curcuminoids as native powder, micronized powder, or liquid micelles [NovaSOL®Curcumin]. Blood and urine samples were collected for 24 h and total curcuminoids and safety parameters were quantified. Based on the area under the plasma concentration-time curve (AUC), the micronized curcumin was 14-, 5-, and 9-fold and micellar curcumin 277-, 114-, and 185-fold (or 18.500%) better bioavailable than native curcumin in women, men, and all subjects, respectively [7]. The C-Max, T-Max and Retention levels are so exponentially higher than any other type of curcumin  due to the fact that most curcumin is excreted out through the liver within 2 hours of ingesting and NovaSOL®Curcumin remains in the plasma for over 24 hours! [7].Thus, women absorbed curcumin more efficiently than men. All safety parameters remained within the reference ranges following the consumption of all formulations. Both, the micronized powder and in particular, the liquid micellar formulation of curcumin [NovaSOL®Curcumin] significantly improved its oral bioavailability without altering safety parameters and may thus be ideally suited to deliver curcumin in human intervention trials. The observed sex differences in curcumin absorption warrant further investigation.Curcumin powder provides poor absorption and bioavailability into the body that is  required for maximum results[7]. 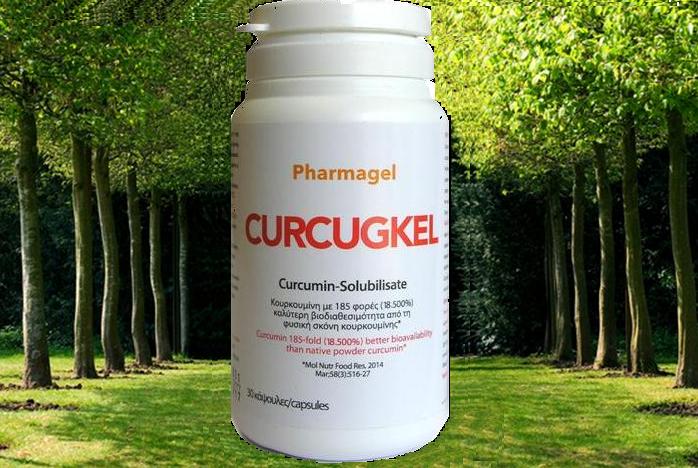